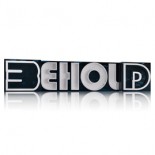 It’s a fascination for me to see how the art community has adopted and incorporated 3d printing and 3d scanning. My mind draws the distinction between the large swath of people using it to make different looking shoes(some of them amazing others are just eh) or horribly uncomfortable looking articles of fashion death. But what attracts me is when it is used in ways that are a bit different than the normal. I especially enjoy seeing restorers, museums, and historians use technology to preserve or display art using new technology.

There is a wide community of digital manufacturing people who have rallied around Van Gogh. Well, in a manner of speaking that is. I am planning a blog in the near future about The Van Gogh Museum in Amsterdam. They have incorporated technology in a wonderful way but today I am going to focus on a specific work.

Artists Rob and Nick Carter, based their art  on historic “game-changers” — classic works that historically have made their mark on the art world. One of their pieces is a three dimensional, sculptural interpretation of Vincent Van Gogh’s “Sunflowers.”

The London based artist team, used 3D printing trend to bring Van Gogh’s 2 dimensional conception off the wall and into the real world.

The team began by turning the paintings into completely three-dimensional files by starting with a computer generated “base mesh”, a 3D model that has all the details of the volume of the piece and how the flowers filled a 3D space.

“The key was to create balance from all angles; ensuring it would be compositionally attractive from every viewpoint, whilst ensuring that looking from one angle means the artwork remains true to van Gogh’s painting.” noted the team.

Then they 3d printing them in wax-like material that could be burnt out in order to investment cast in bronze. The process allowed for fantastic details and a transformation from the characteristic brush strokes to the dimensional form and writhing shapes.

These 3D files were 3D printed using a high-end ProJet 3500 printer with a resin material Visijet-X. The print resolusion is only 16 microns. Then the printed flowers were cast in silicon bronze.

The piece is one of the most complex and intricately detailed bronze artworks ever created.

“In some ways it was a very succinct and uncomplicated brief,” says MPC’s 3D Creative Director Jake Mengers, “yet under the surface lay a myriad complex challenges. These included translating an impressionist approach to a 3D sculpture, adapting van Gogh’s signature brushstrokes to three dimensional sculpts and applying creative license to the areas that aren’t visible in the original 1888 painting.”

I feel the results captured Van Gogh’s rhythmically expressive brushstrokes, bringing that same sense of wispy-ness off the wall. The winding flower stalks and wind-swept petals bring the viewer around the piece.

The piece was included in the exhibition “Rob and Nick Carter: Transforming,” which ran until November 2 at The Fine Art Society in London.

What famous art piece can you see this technique used on?