Well I guess that Chicago is the place to be if you’re an artist. For years people were thinking that New York Or Los Angeles were the artistic niches. But that doesn’t seem to be the case with artist like Joshua Harker and Sophie Kahn.

Today we’ll look at the work of Sophie Kahn. Born in England, Kahn has split her time between Australia, England and most recently Chicago and New York City. She’s nailing down all the art niches huh? Her work has been described as modern day relics. Her work is erected 3d printed fragmented scans. The scans are assembled and aligned in a way that make them look like cracked timeless works from a civilization long forgotten or far into the future. The overlapping shells are given thickness. At that point the shells can have a boolean function performed on them and printed as a single piece. The results are quite stunning.

I remember as I was learning 3d scanning I received similar results when multiple overlapping scans were aligned and registered incorrectly. At the time it was a miserable failure for me. That is the wonderful thing about art though. One man’s failures are another person’s masterpiece. 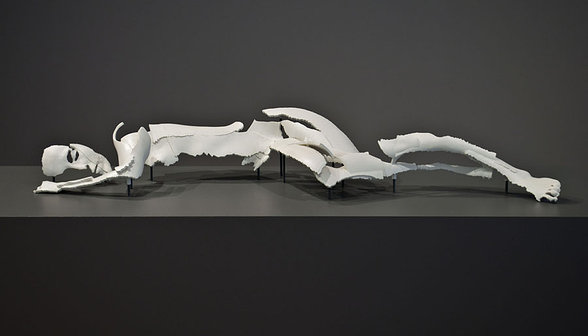 Her most successful piece in my opinion is the “Reclining Figure of a Woman (five years of sleep) 3d print from 3d laser scan Life-size, 2013”. This piece captures and analyzes the formation of the prone form. The pose makes you question death, life and (because of the way the piece is presented in Kahn’s unique style) the broken spaces in between.

Like a photograph, a 3d scan is made from life, and from a limited perspective. When materialized as sculpture, it reveals losses and blind spots, frayed edges, and voids in the solid object that stand for all the things that the scanner could not see.

Her pieces are reminiscent of funereal sculptures but with a technological twist. They make you question the ability to scan a person and capture them in a moment in time. They represent the different facets of the individual and tell the viewer that a person is made from many unique individual elements. Each element settles with holes wholly disjointed from the next aspect of them.

She has been recently exploring full colored prints but I honestly believe her stark solid pieces represent more of the inability to capture soul or spirit. I can sit and mutter odd things or I can let her work speak for itself. 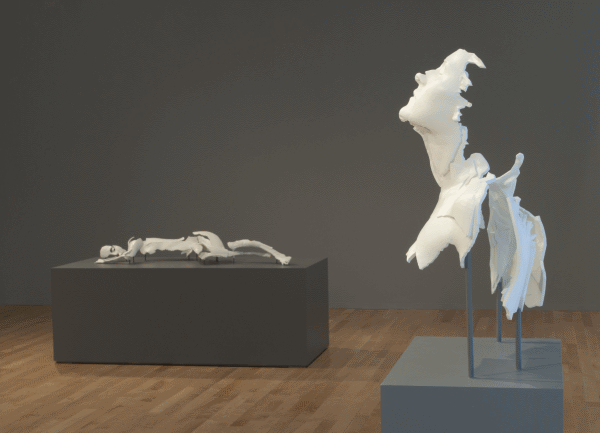 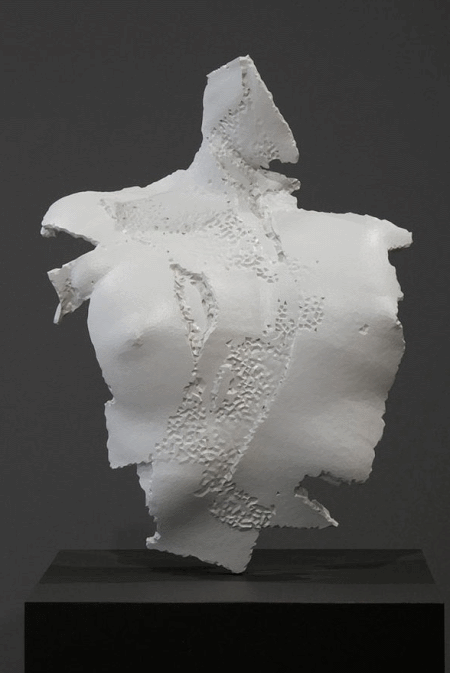 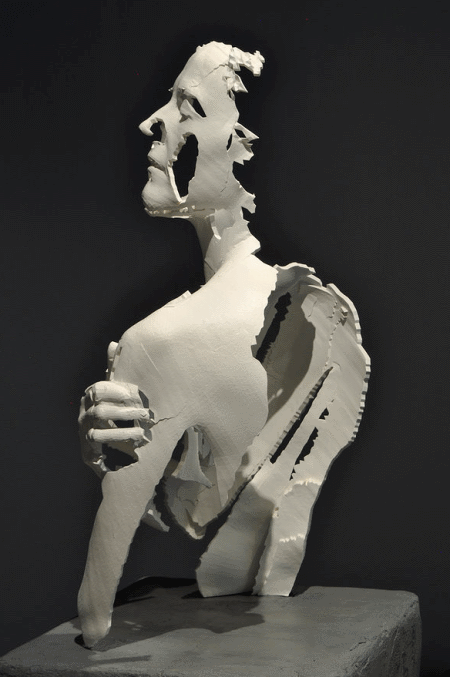 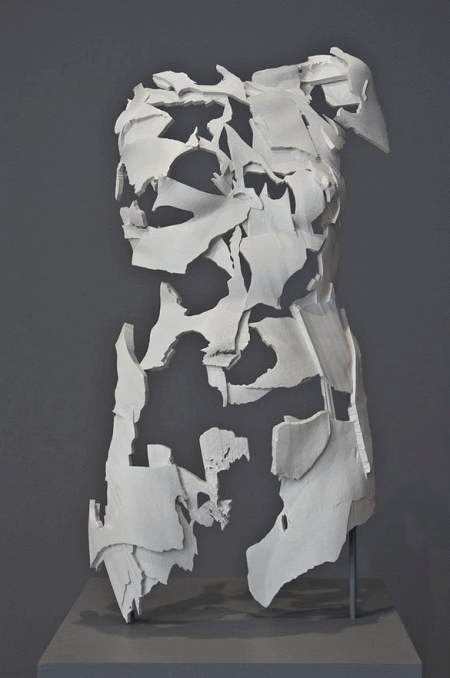 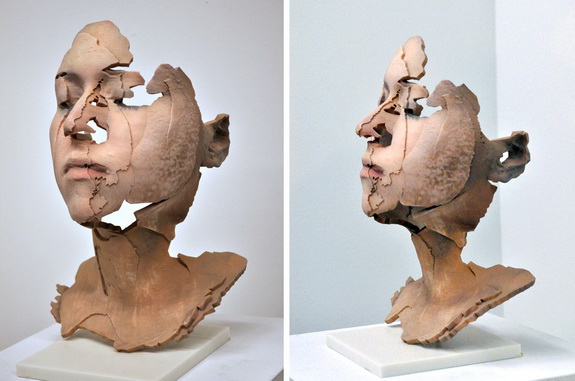 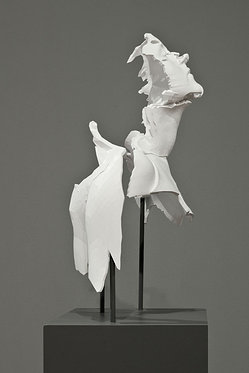 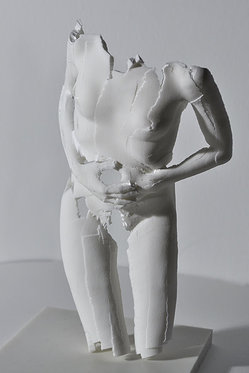