A Dutch startup company called FormArt had an idea to use 3D scanning for paintings. It’s seems like its ready to knock fine art reproduction on its rear. For one, it can print a perfect replica of any painting, and it is currently making a 3D scan of a Van Gogh to prove it. Also, with their technique they can help spot forgeries.

The idea was to create a 3d model with all the information of the paintings including high resolution colored texture. If you’re here (my blog) than you somewhat know the implications of having a full high resolution 3d scan with texture. You can zoom in, rotate, compare… well the possibilities in my mind are pretty infinite.

Most restorations today start from a 2D  photograph. But a painting is not a photograph, of course, you have to be able to reproduce the thickness of the paint, the stroke, the direction. Which is why restorations take excruciatingly long.

The people at Formart said that it took about half a year to make a very passable copy of a piece of wood, with the structure and all. It took them another four years to do it with a real painting.

There are details in paint that I became more aware of as I researched Formart and their method. The reflections on the paint, large surfaces with only infinitesimal hue differences, those are very difficult in my opinion to capture well. Since their scanners work with normal light and not lasers I think they have a method that is more suitable for those issues.

They actually went a step further though. They wanted to be able to 3D print an exact replica of the painting. “It’s a different approach to 3D printing,” says Paul Dings, art expert and commercial director of FormArt. “But I can’t go into much detail about how it works – which is why we also don’t show the machine on our website (laughs).”.

From the 3d model of the artwork, Formart produce copies at the same size as the original, but it can also enlarge it or shrink it. “That’s quite a feat, if we do say so ourselves,” says Dings: “We can zoom in on details in the painting, but the ratio of the 3D-structure stays intact.”.

The price of a reproduction depends on the number of reproductions and the dimensions of the painting. A recent reproduction for a painting by Jan Hoynck Van Papendrecht for the ‘Legermuseum’ (Army’s Museum) came in at under 10 000 €, for a one time print. If you print more, the price should come down – “just like when printing brochures and business cards,” says Dings.

I find it amazing that he associated it to traditional printing. Makes you think huh?

They also are lining up insurance companies in their crosshairs. They see museums scanning their resources before they can lend them out, or just to verify condition in order to get an insurance policy. In Germany last year, 42 paintings were badly damaged in a fire. I imagine having them archived would make the restorations a lot easier.

Formart is also is boldly going into the world of art authentication. Which, now a days, I hear is quite the ambitious goal since many people won’t authenticate things with a ten foot pole because of lawsuits. The Formart system is able to distinguish fakes from real masterpieces, says Dings. “That’s one of the strong points of our system: if we digitize a few works of a master, it should be very easy to spot a fake, because the patterns of the brush strokes will be different. It’s definitely an avenue we’ll pursue.”.

Formart will bootstrap its operations for now. “The idea is that we will grow organically, from museum to museum, in the Netherlands, Belgium and Germany. Beyond that, we’re thinking more of a licensing or franchising model. Transporting these valuable paintings over large distances is not recommended, so you would need a scanner in place. We just don’t know yet. We’ll try to fly first, then we can think about how we get to the moon (laughs).”.

I personally love the fact that they’ll bootstrap the business.

On a extremely related note, Fujifilm, after seven years of development has announced a system called “Reliefography”. It is a 3D scanning and printing technique that creates near-flawless (anecdotal?) replicas of great works of art, which will be available to the public for tens of thousands instead of tens of millions. Do you think there will be a stand off in a dusty forgotten town?

This new technique — a combination of 3D scanning, digital imaging and printing technologies — was created by Fujifilm Belgium. And now that it’s ready to be put to use, Fuji Europe has partnered up with the Van Gogh Museum to show just how awesome they think their Reliefography technology is.

Fuji claims that the process is so nuanced that it can only create 3 replicas per day. I think that is well crafted spin. I am curious to think if they really have the demand to produce more than 3 a day.The “Relievos” technique duplicates artworks accurately down to brush strokes on the front, and torn labels, stamps, and handwriting on the back. The copies won’t fool an art expert, but they’re still being called the “ultimate fine-art reproduction”. Well, at least by Fuji. 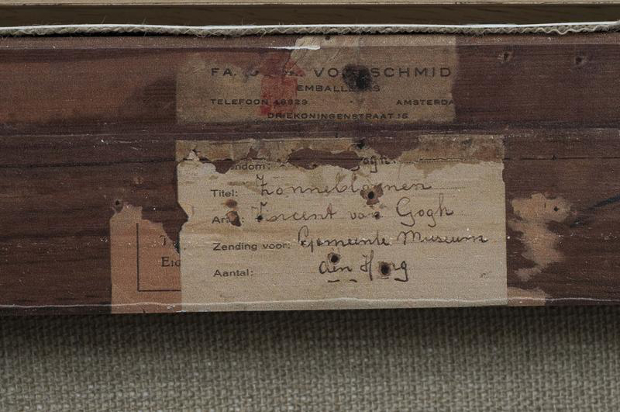 “We are very excited to work together with the Van Gogh Museum on this fascinating project,” said Richard Tackx, Fujifilm Belgium’s Director of Sales and Marketing. “The result of our joined efforts is a very high quality reproduction and we hope the market will respond very positively to this unique product.”.

For now, the plan is to test release the project in the Hong Kong market and gauge interest in these sorts of products. Each copy will be limited to a print run of 260, and if these Relievos make it stateside, getting one of your own will cost you about $34,000. I find it concerning that the launch of this will happen in the Intellectual property destroying mecca of the world…but hey.

One article I read stated this: “But why would someone pay thousands for a replica? It’s never going to increase in value, on the contrary, in ten years, they’ll be able to mass produce detailed replicas, maybe we can make them ourselves. Yours is gonna be worth as much as a poster purchased at a drugstore. The technology itself is fascinating but whoever pays lots of money to buy a non-exclusive copy, is just dumb. ” I agree.

Normally people who try to make a perfect copy of art are called “forgers”  Or am I looking at this the wrong way? Could it be used to make really cheap copies of art for museums in the world, so that these paintings could be shown to public in places they normally wouldn’t be seen? This seems to reek of the implications it may have for digital rights management?