8 Steps to Improve The Fine Art of Collaborating 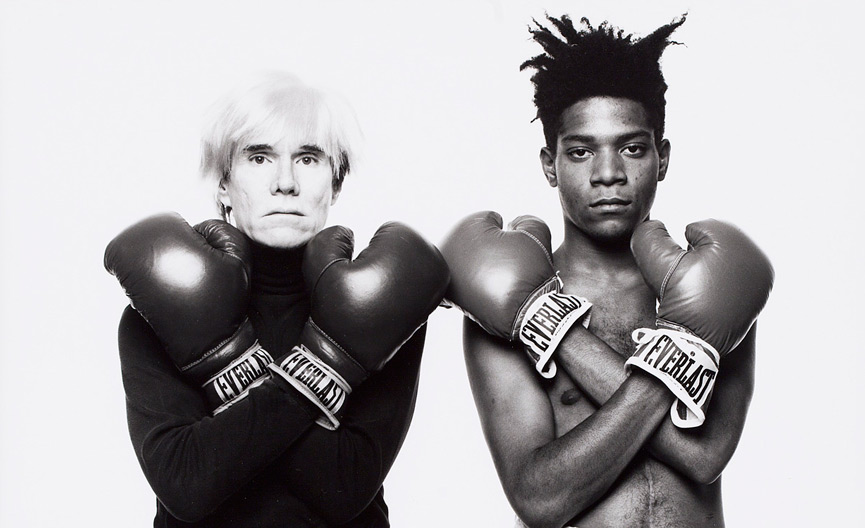 It can be a very contentious event when artists collaborate. When it works, masterful creations happen. When it doesn’t … woo boy.

Jean-Michel Basquiat and Andy Warhol worked together between 1983 and 1985. The critic Keith Haring said:

“[The Collaboration Paintings are] a physical conversation happening in paint instead of words,” Haring said. “The sense of humor, the snide remarks, the profound realizations, the simple chit-chat all happened with paint and brushes.”

another critic Vivienne Raynor said the works were:

”Everything . . . is infused with banality. Who is using whom here?”

Most certainly people who work together want something from the other. Matt Wrbican, chief archivist at The Andy Warhol Museum in Pittsburgh said that Warhol was “always seeking the advice and ideas of friends for possible subjects in his art,”… “Working with the younger artists such as Basquiat, [Francesco] Clemente, and Haring invigorated his work.” Alternately, Basquiat was able to get attention from the connection of Warhol’s solid stardom.

When do artistic collaborations work? It depends on a lot of factors. How early in the process was contact made? What’s the goal? What’s their demeanor, attitude, and personality like?

Some creative people—especially dudes in the entertainment industry, can’t get stuff done unless they work together. It’s also true that many artists need each other. Did I say that out loud?

I work with artists all the time, everyday in fact. On one particular occasion I was approached as a friend and my brain was subsequently picked.

We came up with a plan to scan individual pieces, assemble the meshes in Zbrush, and scale all the items accordingly. The results would be 3d printed and milled on large format cnc machines. We communicated time requirements and I gave them the “friend” price. (That was later negotiated even lower)

But that’s when it ended. The plan was never stuck to, deadlines were changed to overnight, I was unaware that methods we decided were discarded due to the amorphous creative process.

I incorrectly assumed the project was a collaboration between friends. Frankly that is how I was approached and that is how it was initiated. In the end it became “I paid you for a service and I expected an end product that a normal client would be delivered.”

I understand the process. I understand creativity. I know things change. I am not upset just reflective. This person is an amazing artist. I wish them nothing but the best.

It was a shame though. We could’ve made beautiful things in the future. I am sure though we will both continue to make them albeit separately.

The way things went down made me feel I was the problem. In retrospect, I know I wasn’t. Those situations make you question your own observations. They make you dizzy and wobbly and off-balance. In fact, situations like that place you on the defensive.

How should you act in those situations? Understand first that artists are just like everyone else… they are crazy and flawed. Guess what? You’re an artist too. That means you’re just as crazy. Sorry.

We also expect artists to be more eccentric than the normal person. When it comes to artists, the crazier, the better. New research in the European Journal of Psychology suggests that people prefer certain artwork when they perceive the creator to be weird.

We discussed earlier in this post that each collaborator is out for a benefit. That makes the act in essence a power struggle.The goal of the collaboration becomes less about synergy and more about sin. Sometimes it can come from a place of belligerence other times the collaborator is unaware.

But here are some concrete steps you can take to help make your collaborations more successful.

1. Get to know people

This includes yourself. You need a firm grasp of what you bring to the table and what you have as strengths. The Gallup’s “Strength Finder 2.0” can help. I recommend the more “in depth” version. But it also can be as easy of asking people you trust.

But, also learn how to read people personality types. There are a multitude of different methods and they range in complexity but they can give you amazing insight on how to interact with individuals. Myers Briggs is just one example.

Ask yourself “do I really need to collaborate with this person?” Are the benefits something you can’t achieve alone? If not, is working with that person worth it?

This clarification is important in order for you to formulate a plan and it’s parameters. The most important aspect of this is to write them down. You are 46% more likely to be successful in your goal if it’s on paper.

There is a book called “Boundaries” by  Dr. Henry McCloud. It is based on spiritual aspects of setting boundaries but he has another one called “Boundaries for Leaders” which is probably more applicable. It demonstrates the importance of understanding your goal and then placing those boundaries in place that support it. It also gives you tools to understand why people tend to shift you from your boundaries and what you can do to enforce them. Boundaries will change your life. ‘Nuff said.

There a few ways to make sure you are understood. The most important step is not what you expect. You ready? The most important step for clear communication is to listen. Yup, that’s right. Listen to your collaborator. Make sure you understand what they are saying. After that, keep the conversation simple and reinforce your key points. Keep eye contact and watch for clues as you ask questions. If you have something to say, just say it with no-nonsense to their face. Clear communication encompasses the whole body.

Drama is “making a big deal over something unnecessarily.” So in essence do not add unnecessary conflict to the process. Assume the best. Do not partake in gossip. If you have questions ask the collaborator directly. Do not take things personally.

7. Be the better person

Go out of your way to be polite. I know it’s hard sometimes but courtesy is the single most effective way to diffuse a situation. When do you think the best time it is to be polite.? In truth, it is never too early. This includes being on time. It shows that you value the other participant’s time. You must be proactively positive in all facets of the interaction including punctuality, because being on time shows you are in control too. Control breeds confidence and there is nothing more calming. It is easier to be polite when you are in control of your emotions.

Do not try to change your collaborator or their mind. If you try to change them, well, you’ve already lost. Accepting the person as they are can be liberating to both you and them.

In closing think of ways that we can collaborate. Have any ideas?

I was thinking about this after I posted and I wanted to add another step. This is probably the most important:

Ultimately you only have control of yourself. Sure it would be nice to hand this blog to whomever you are collaborating with but you are the one reading it now…. see how i tricked you?!